Can they crack the UK mobile market in 2015?

Huawei: The Global Company Challenging for Your Mobile Attention 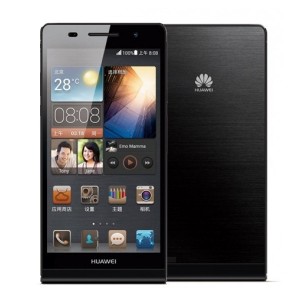 There’s a chance you’ve never heard of Huawei, but if you’re considering a new mobile phone this year, you’ll no doubt come across them thanks to their rapidly growing presence in the UK.

Huawei have a storied history; they’re one of the largest network equipment providers in the world, and used to build white-label mobile phones for their carrier customers to sell under their own name. You may also recognise the name Huawei from the US controversy where they were effectively banned from tendering for Government infrastructure projects as the US believed they were a front for Chinese government spying.

Away from the infrastructure market though, there’s no doubt that they’ve set their sights firmly on the mobiles space; as evidenced by their marketing moves such as becoming Arsenal’s mobile phone partner last year. Will 2015 be the year of Huawei in the mobile phone industry? Let’s take a look at how they reached this point.

Why did Huawei opt for mobiles?

As we noted above, Huawei have a wealth of experience in the telecoms industry, and will have witnessed the varying quality and price of the mobile phones available, providing them with plenty of strategic options to enter the market. The mobile market also represents the straightest path to introducing their brand on a global scale, and there is no doubt they’ve already succeeded on this front with strong sales in their native China and India in particular.

Their range of mobile phones has proven particularly popular in markets with lower spend per device.  That’s one of a number of reasons why Samsung will be more worried about them than Apple. Whilst Apple has its own Operating System (the iOS), and has prices that reflect a more premium/high-end strategy, both Huawei and Samsung use the Android Operating System and provide models at a range of different specifications and pricing.

The most interesting part to all of this is how Huawei progresses in the market.  With their networking experience, they might be the best placed of all the mobile providers to make the best use of future technologies such as 5G when it arrives. That, coupled with their existing strong relationships with carriers across the world, could give them an invaluable inside edge in what is an ever-escalating race for dominance in the global mobile arena.

Should you consider a Huawei mobile?

Absolutely. The reviews of their latest range of phones (the Ascend Mate 7) were mostly positive, citing good usability improvements over previous models and improved battery life amongst other aspects making it a contender. We offer a range of Huawei mobiles ourselves and have seen their popularity increase over the past 12 months, so there’s certainly a growing awareness of their credibility in the mobile market. In short, we would advise that you give Huawei the consideration they’re due if you’re in the market for a new mobile phone this year.

We use cookies to ensure that we give you the best experience on our website. If you continue to use this site we will assume that you are happy with it.Ok